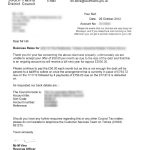 Despite Wanting to Pay – Still Threatened with Bailiffs!

There has been lots of news lately about councils using bailiffs to collect debt! It would appear that some debt collectors are making huge sums if money from collecting council debts.

According to the Wiltshire news: “Debt collectors recovered £170,000 in car parking fees alone between 2011 and 2012, of which they retained £100,000. But the companies have also recouped more than £1m in council tax every year since 2009, and retained an undisclosed share of the proceeds.”

Here is an example of how a self employed person’s business went under. Obviously as a result of this he became unemployed, but then shortly after that managed to find work again.

Now he is not earning a massive fortune, but he feels that he should pay his creditors back. So as a result of this he has contacted the council and offered to make them a priority creditor and pay them back £50 per month.

Here is their response to this proposal:

Thank you for your fax concerning the above client and property, unfortunately we are at a unable to accept your offer of £50.00 per month as due to the size of the debt and that this is an ongoing account so will receive a bill next year for approx £3000.00.

As requested our bank details are…………….”

I am sure that receiving a letter such as the one above can be so very disheartening. It is not as if this person does not want to pay at all. However, if this is eventually passed over two bailiffs, there will of course be additional fees added to the debt, making it even more difficult to pay.

I Want to Get Out of Debt

In this particular case the person concerned has decided to make payments of £50 per month to the council. They are also hoping that continued debt negotiation will make the council think again about calling in the bailiffs to collect the debt.