↓
Home→CCJ→#stom County Court Judgment from Creditor – Will My Defence Win? 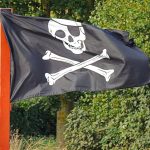 Are the Courts Fair?

Well the short answer to this question is no, not really! Time and time again I have seen people who have been issued with a County Court Judgment (CCJ) by a creditor. More often than not a creditor will issue a CCJ as this is the first step in obtaining a Charge over a property. This I have to say is the most common reason for a CCJ to be issued. In the past if a you were a property owner and you received a CCJ, it was extremely vital that you went to court to present your case. The best that you could hope for was to have a Variation of an Order, in other words rather than pay the full amount at once, you could come to an agreement to pay a reduced monthly rate. So long as you paid the monthly rate on time, the creditor was prevented from being able to place a charge over your property. However, s93 of the Tribunals Courts and Enforcement Act 2007 was brought into force 1 October 2012. this enables a charging order to be made even though the client had not defaulted in payment on the instalment order. So the rules changed further in favour of the creditor!

Well I think it all depends on what evidence you have? I am not saying that it is a lost cause to try and present evidence to the courts, but quite often regardless of the evidence presented by the defendant, the Judge has little regard for the evidence and rules in favour of the creditor. I have seen a number of cases where for example, one of the major creditors has sold a debt on (the debtor is paying reduced monthly instalment on the debt). The company that has purchased the debt then profiles each of the debts that it has purchased to see if any of the debtors are property owners. Once it has been established that there is property, they will then apply to the courts for a CCJ. In the cases that I am aware of, the defendant had reason to question the legality of the sale of the debt. Within law there has to be a deed of assignment when a debt is sold on. The defendant requested a copy of this and other documents, but as usual the creditor ignored or refused to supply the relevant documents. So you would have thought that a lack of legal documentation would go in favour of the defendant? Err……….. NOPE!  I have even seen a case where the defendant employed the services of a criminal lawyer, where  the actual case was flawed by lack of documentation and factors, yet the Judge still allowed the charge to go ahead! I am not saying that it is a lost cause, but as a defendant where money and creditors are involved, you are at a great disadvantage. I would suggest that you do still go and fight your corner, and present your evidence in the best possible way!! There are cases where the judge has been sympathetic towards the defendant.

It is a little known fact that Ratings Agencies rate countries for “creditor friendliness” of its legal system. When a certain country’s courts are regarded as a ‘creditor friendly’, one can naturally assume that that country’s courts must be considered debtor unfriendly. For further reading on this take a visit to: http://supersleuth.org.uk/creditor-friend-debtor-enemy

OK so you can now see that the deck is stacked against you, but this does not mean that you will definitely loose. Gather as much advice and information as possible, search the web, join groups on Facebook such as the White Rabbit Trust and ask your questions. Present your case in a professional way and maybe you stand a chance of winning? Like I said before even if the odds are against you, there is still a chance that a Judge may side with you.

If you have won, drop me a line and tell me what it was that helped you to win.