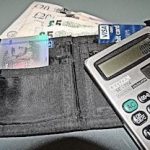 Chancellor of the Exchequer Philip Hammond announced in this year’s budget that the government will be working with banks, lenders and debt charities in order to provide interest-free loans to those in need.

The interest-free loans are to be offered as an affordable alternative for the United Kingdom’s three million high-cost credit users. The idea is hoped to prevent households from falling into debt by taking out emergency loans for necessary expenses.

Also announced was an extension to ‘breathing space’ for people in problem debt. Brits will be offered 60 days’ legal protections from creditor action – an increase from six weeks – affording them a little more time to get their finances back on track.

“A scheme like this could offer the UK’s 3 million high-cost credit users a more affordable alternative, and help prevent people from falling into debt, or in extreme cases turning to loan sharks,” the Treasury said.

The announcement came just weeks after the collapse of notorious loan shark Wonga, which charged up to 5000% APR on loans and has a loan book worth £400 million.

The Church of England had briefly mulled over bringing charities and investors together in order to buy Wonga’s book and protect borrowers, drawing upon the Judeo-Christian tradition of jubilee, during which debts are forgiven. Archbishop of Canterbury Justin Welby had held a meeting in order to discuss the idea, but ultimately nixed it.

The Chancellor is also offering a £2 million challenge fund for tech entrepreneurs who can come up with solutions to counter the appeal of payday loans. Many such lenders offer easy access to cash in as little as 10 minutes, but charge exorbitant rates of compound interest. Some customers worsen the debt by taking out additional loans to make repayments.

Hammond’s interest-free loan scheme follows in the footsteps of a similar initiative in Australia. The No Interest Loan Scheme, known as NILS, was launched in 1981 by Good Shepherd Microfinance. People in financial need are able to take out loans of up to $1,500 AUD, paid back over 12 to 18 months, in order to improve their quality of life.

The money is commonly spent on home furnishings such as washing machines and beds – which the provider describes as basic dignities. Its circular credit model encourages borrowers to make repayments and help others in the same situation.

Now supported by the Australian government and providing over $20 million AUD yearly, the scheme has been a huge success. Four in every five borrowers have gone on to achieve economic mobility, and 95% of loans are repaid.

The payday loan industry continues to be tightly regulated by the FCA, with lenders now required to have a minimum of 3-month instalment loans and feature on consumer comparison tables such as Money.co.uk and allthelenders.

A pilot for the British scheme is due to begin early next year.