↓
Home→Debt→What is the True Cost of Christmas 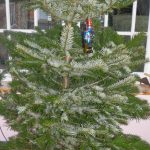 Review: The True Cost of Christmas

Christmas is a festive period, surrounded by your closest family and friends. Well, that does not appear to the meaning for most of us. It is actually a time for us to bid farewell to our  hard-earned cash in the name of mass consumerism which seems to be ramped up each year.

Of course, part of the joy of Christmas is gift giving and receiving, but each year many people struggle to provide the sort of Christmas they want for their family on their wage alone. Many turn to overspending on a credit card just to pay the minimum back, or (very unadvisedly) they turn to payday loans to fund their perfect Christmas.

It is forecast by experts that in the month of December, us Brits will collectively spend around £446,000 every minute of every day on just gifts alone, totalling £19 billion each year. This does not include food, decorations or travel – just presents.

Over the pond, the statistics show that the Americans will be spending roughly $2,372,227 (that’s £1,857,000) each minute this month. Of course, we must take into account the population difference, but even so, they remain the kings and queens of the biggest spenders around Christmas time on gifts.

Interestingly, the smallest spenders proportionally are those living in Luxembourg. They seem to have a more low-key approach to Christmas consumerism. They are only kissing goodbye to €3,200 (that’s £2,860)

This works out at only two thirds of what the average personal spend in the UK is.

A recent study revealed that it was only a matter of minutes after making an online payment, 16% of shoppers knew exactly how much cash they had parted with.

Another 32% had no idea at all how much they had spent online and around half had an estimate in mind. This left 10% giving the complete wrong amount.

It was also found that if you paid in cash, then you were more likely to hold the clearest idea of your spending. Mobile and contactless payment had the worst recall rate of all of them.

Who are all these British frivolous spenders?

It is inevitable that the biggest spenders by far are those families who have children under the age of 18. It was found in a poll that these families will spend anything from £1,000 to more than £2,700 this Christmas on gifts.

It was also found that families which did not have dependent children spent less than half that amount.

It was further released that women often spent the most on presents, food and drink, whereas men parted with their cash on going out and “little extras.”

How to pay for Christmas

If you need to borrow money for the holidays, like 20% of people in the UK, try avoid incurring large fees through high cost loans and overdrafts. Consider borrowing money from family (parents or siblings) for the short term and agree a time to pay them back.

If you do have to borrow money, consider using a credit union where the rates are significantly lower. You can also try using a 0% credit card which does not come with any charges provided that you pay within the 30-day mark. If you have a very good credit rating, you may be able to repay interest rates as low as 3%, especially if it comes under no guarantor loans.

The most sensible option is to put money aside in preparation for Christmas. Start by forecasting how much you think you will be expected to spend, taking in decorations, gifts, food and going out to fairs or shows with your children. Start by September to put a few hundred pounds or dollars away each month and you will be in a better position when the festive season approaches.