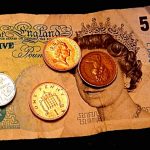 A new study from the University of Bristol, in partnership with the Money Advice Trust and the Money and Mental Health Policy Institute, outlines the experiences of nearly 1,600 UK debt advisers when supporting people in vulnerable situations.

Nearly three-quarters (73%) of the debt advisers who participated had encountered at least one client in the past year who disclosed suicidal thoughts or feelings. More than half (56%) believed that they had spoken to someone at serious risk of taking their own life.

Of the 87 clients that a typical adviser dealt with in a full-time working month, an average of 35 disclosed they lived with a mental health problem, while around seven said they had an addiction to gambling, alcohol or other substances.

The study also surveyed nearly 400 people who had experienced mental health problems, and found that more than half of participants had sought debt advice.

Of these people, only four in ten had disclosed their mental health issues to their adviser. Reasons for this included not knowing it would make a difference (65%), concern as to what would happen to their information (28%) and feeling they wouldn’t be treated sensitively (23%).

What this data suggests is that there are far more vulnerable people in debt than we know. Not only are people actively seeking debt advice unlikely to speak about their mental state, but it’s likely that there are a significant number of people struggling and not asking for help.

“Around half of people in problem debt also have mental health problems, but many struggle to disclose this to debt advisers. That’s largely because they fear they won’t be treated sensitively, or that it won’t make any difference to their situation.”

The study also found that while advisers knew how to identify poor mental health, they did not know how to help. For example, more than half of those surveyed said that they had not been trained to assist people with gambling addictions.

The Royal Society for Public Health found a significant correlation between debt and poor mental health in their Life on Debt Row report earlier this year. They cited payday lenders as having the most negative impact on mental wellbeing, followed closely by unauthorised overdrafts.

Most respondents said that unhealthy behaviours such as drinking, smoking and lack of exercise had become worse since they fell into debt.

Of those who had taken out a payday loan in the last 24 months, 87% slept poorly, 67% skipped meals, 62% drank more and 80% were too depressed to be physically active. (Source: Payday Bad Credit).

Furthermore, 73% of payday loan customers who had already been taking antidepressants needed to increase their dosage as a result of their debts.

With the demise of Wonga and the introduction of zero interest loans it’s hoped that the country’s mental health might improve – but it’s clear that further measures must be taken to support society’s most vulnerable people.