↓
Home→IVA→Thinking of Going into an Individual Voluntary Arrangement? 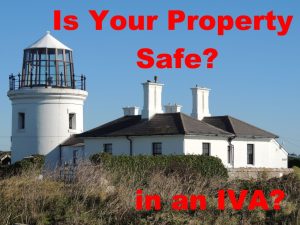 On a certain advert there is the following warning:

“An IVA should only be considered in extreme circumstances. It is a formal agreement supervised by and insolvency practitioner. Failure to adhere to an IVA could result in bankruptcy. Your credit rating will be affected. IVA’s are not available in Scotland . Fees are payable in an IVA.”

I saw an advert on TV the other day and in part of it they said the following: “Now we only pay back what we can afford, and thanks to an IVA we know that our home is safe.”

Is Your Home Safe in an IVA?

Lets have a look at the advantages and disadvantages of an IVA, that can be found in various places:

Your Property is at Risk in an IVA

As you will see from the information above it is possible, as in note 2 of the advantages section that a property can be made safe. However in the disadvantages section, note 3 indicates that the opposite may be true.

Very often when someone enters into an IVA the company dealing with the IVA places a restriction/charge over the property with land registry. So how safe does your house look now?

I have also known cases where an IVA has failed, then the company dealing with the IVA has then decided to make their own client bankrupt! Once they made their client bankrupt they then requested that they administer the bankruptcy, because they were familiar with the case. Or maybe more to the point they knew that there was value in the property and therefore they would be able to make more money from their client!

Like bankruptcy, if you enter into an IVA your information will be held on a register that is viewable by the public. Here is a sample page for “Smith” from the register: 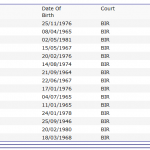 All I am saying is think very hard and get as much information as possible, if you are thinking of going into an IVA.

Every Debt Solution can be dangerous, just some are more dangerous than others.
By Johnny Debt