↓
Home→Law→Drug tests to be introduced for UK drivers 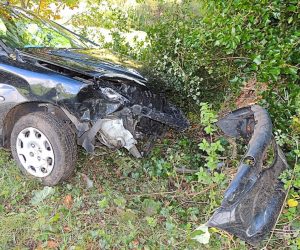 It has been illegal to drive whilst under the influence of too much alcohol in the UK since 1967. However, laws dealing with driving under the influence of drugs have been slow to catch up with those of alcohol –  mainly due to the greater complexities of analysing, with accuracy, the degree of influence of various illegal substances on a person’s ability to drive. In other words – drugs are generally harder to measure.

But this is all changing and reform in this area is long overdue. Yet it will surely be a painful birth and will be fraught with difficulty both for prosecutors and for wrongly accused victims taking prescribed medication, or those with very small trace elements of substances which aren’t affecting the ability to drive with due care and attention.

The laws concerning drink driving are still the subject of far greater complexity than many people imagine, even though they’ve been around (albeit with ever-tightening limits) for 37 years. This is all explained here: http://www.drinkdriving.org/drink_driving_laws.php .

So when it comes to drug testing, things will be even more complex, which explains the Government’s diffidence in introducing new measures. But things are starting to happen in an appropriate “softly, softly” manner.

It is estimated by the Government that driving under the influence of drugs is responsible for 200 deaths on Britain’s roads each year. But at the same time, the perpetrators are 50 times less likely to be successfully prosecuted than drink drivers.

Now, Police in some areas are to be given new powers to test drivers for cannabis. The so-called “drugalyser” tests will be rolled out as a test with certain Police forces.

At the moment, if police officers believe a driver may be driving under the influence of drugs, they have to call a doctor to the police station who takes appropriate samples of blood and saliva and carries out further testing at his or her own discretion before reporting back. Such a system is cumbersome, subjective and open to abuse – not least in wrongly-convicting innocent victims.

Now, police should be able to use simpler saliva testing kits or “drugalysers” in a similar way as breathalysers. The results will be able to show whether or not a driver has taken cannabis. This, in turn, will be a stepping stone in the direction of a possible full drug-driving offence.

The plan from the Department of Transport is for the drugalyser kits to be introduced to 11 police forces in England and Wales, including Greater Manchester, Gloucestershire and Hampshire.

A new law which will make drug-driving a specific offence in its own right is then expected to be implemented in the late summer of this year. The legislation will cover the abuse of prescription drugs and illegal drugs – though the new tests will only be able to detect cannabis for the time being.