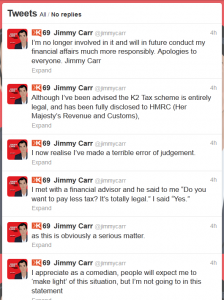 Jimmy Carr appears to be making headline news at the moment because of his tax affairs. According to the Sun Newspaper “DAVID Cameron last night blasted comedian Jimmy Carr — describing his tax dodging as “morally wrong”.

“I now realise I’ve made a terrible error of judgement. ”

“Although I’ve been advised the K2 Tax scheme is entirely legal, and has been fully disclosed to HMRC (Her Majesty’s Revenue and Customs), ”

“I’m no longer involved in it and will in future conduct my financial affairs much more responsibly. Apologies to everyone. Jimmy Carr ”

Personally I do not think that he should have apologised for doing something that is totally legal. OK he may have a lot of money (well I assume that he has a lot?). But should he not be congratulated for actually doing the sensible thing and looking after his money?

I then also have to question, how can David Cameron say that he is morally wrong. Surely our government still has a long way to go rid itself from its very much tarnished reputation, before they can start shouting about morals and ethics?

If Jimmy Carr did not do wrong, then why the hell should be have apologised? 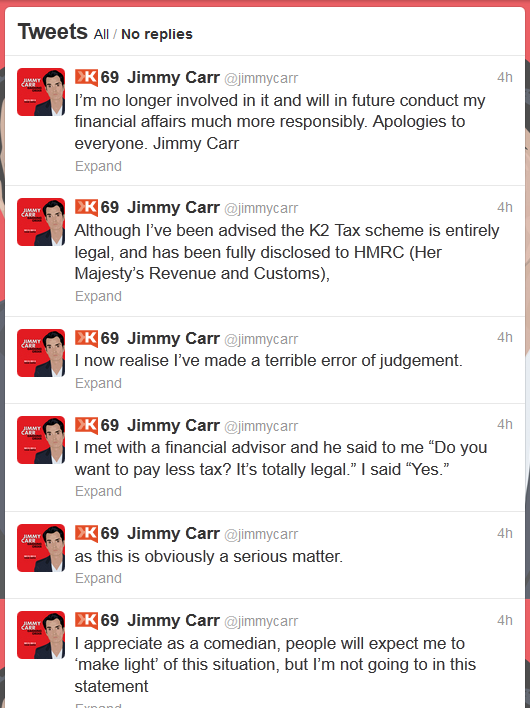 A little while later after writing this blog, this appeared online: “Downing Street has suggested it is preparing to abandon plans for David Cameron and senior ministers to disclose their tax returns, amid allegations of hypocrisy over the prime minister’s decision to comment on Jimmy Carr’s tax affairs.” From the Guardian.”

I was also sent this picture by a follower that illustrates the difference between Legal Tax Avoidance and Illegal Tax Evasion: 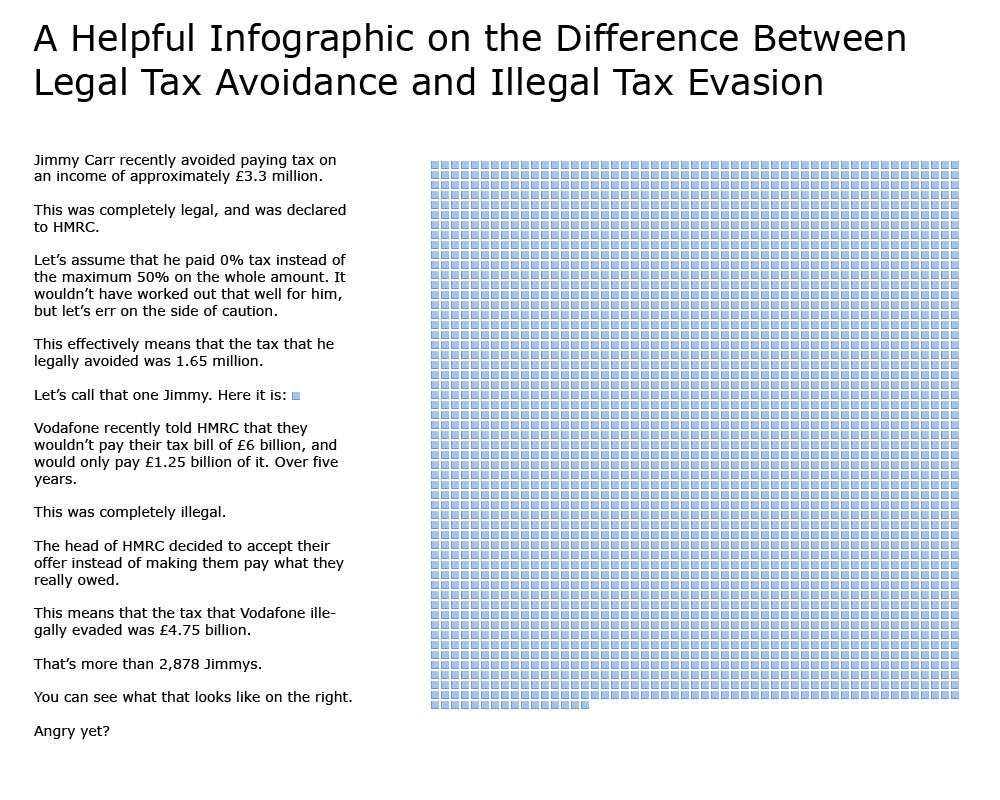 Thanks to Between the Pavement and the Stars, cos that’s where I found the picture (or did I steal it?).