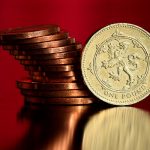 There is a myth in Britain and that is banking is free.

It’s one now being attacked by Which?, the Consumer Rights Association. Its Chief Executive, Peter Smith, has attacked suggestions by the new head at Barclays, Sir David Walker, that the best way to avoid future banking scandals is for banks to begin charging for their services.

Peter Smith has pointed out UK banks already make over £9 billion from their UK customers through low interest payments and overdraft fees and charges. With this in mind, YourDebtExpet asks the question – are you paying too much for your bank account? Well one of the problems with the recent bank bailouts is that it has left fewer banks to choose from. It’s also difficult to know if you are paying too much and the packages or accounts that banks offer can rarely be compared like for like as no one is ever the same. Even if your basic bank account is free, you need to price in the cost of the services they provide or you may need them to provide in the future, such as overdrafts.

There is also the problem that even if you do find a better deal elsewhere, switching accounts can be a nightmare: you have to transfer all you direct debits/standing orders over and change the payment instructions for your employer to pay your wages. It’s for this reason, Which? have made the novel suggestion that like with mobile phone numbers when you change your account, you should be able to keep your current account number. This would remove much of the difficulty in changing your account and allow all transactions to be switched over on a pre-agreed date without the hassle.

If banks and their big investors want to avoid future scandals and what some of their institutional shareholders have now described as ‘bank-bashing’, then the solution is simple. It’s not to charge customers more, but to curb the greed that has left their reputations in tatters. This means ending mis-selling and the bonus schemes that made these practices more likely. Banks need to start rewarding those staff who give good advice and provide high quality customer service. It has to become easier for customers to understand what they are paying for and for them to compare like for like. We have little choice but to entrust banks with our money but that does not mean they don’t have to earn that trust. Sir David Walker in his new role needs to make that his number one priority, not maintaining myths that are now wearing thin.