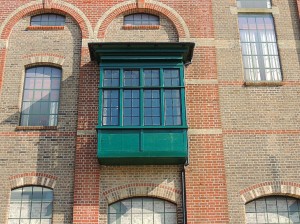 The NLA stress the importance of communication between landlords and tenants, something that can nip potential difficulties in the bud, but landlords also need to take steps to protect themselves. Take care with tenant selection, as a good tenant will take care of your property and pay their rent on time. Always follow the process of tenant verification to the letter, always ask for credit checks and references and don’t make exceptions, even if you know your potential tenant. It’s also a good idea to be fully aware of the legal processes necessary to seek vacant possession of a property in case the worse does happen. The NLA survey found that the number of landlords seeking help from legal services fell from 18 per cent in 2012 to 15 per cent in 2013, but that doesn’t mean you don’t need a sound knowledge of tenancy law.

Chairman of the NLA Carolyn Uphill welcomed the statistics, but also urged landlords to be careful: “It is encouraging to see such a significant reduction in the number of landlords seeking vacant possession of their properties. However, if tenants are struggling to meet their rental commitment, landlords must be mindful of their own budget and their ability to make mortgage repayments. In the worst cases, rather than letting arrears escalate, landlords may need to seek possession to maintain their balance sheet.”

Landlords looking to protect their income should carefully consider landlord insurance policies. Although the circumstances covered may vary between different policies –for example some do not cover property damage caused by tenants – it will give you peace of mind to know that you have a policy in place to cover other common issues such as fire.