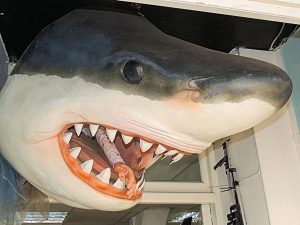 When someone has suffered a physical injury, they often find their lives have to change, either in the short term or the long term. If their injury was not their fault – caused by someone else’s mistake or negligence – going through an official complaints process can help.

For instance, an official complaint to an ombudsman or watchdog might stop the same harm happening to someone else. However, these procedures are not designed to help financially and there is always the worry that they might be paid lip service, then swept under the carpet and forgotten.

“I want the party at fault to fix the problem”

A serious injury claim is rarely made just for the money. It is so the person at fault can address and resolve the cause of the accident. For example, an employer who had failed to do risk assessments would feel inclined to do one to avoid further claims in future. Similarly, attention would be drawn to a hospital sued for medical negligence so that it was forced to act and also reassure prospective patients. In such David-and-Goliath type claims, where an individual or family finds itself up against a faceless system, money talks because insurance companies can put pressure on to make improvements – or else.

“I’ve had to take a long time off work”

Injuries often leave people unable to work for weeks or months – or maybe even permanently. This can mean loss of income for basic necessities like bills and mortgage payments, let alone prescriptions and travel to and from hospital for therapy and follow-up appointments. In this situation people – and their families –are in dire need of financial support and security. As serious injury compensation applications can be complex and take time to process, in certain cases it’s possible that interim payments are made to see people through and not make a bad situation worse.

“When my partner died, my family lost its main breadwinner”

Sudden death turns families upside down and it can have a serious financial impact on those grieving. Even the basic cost of £3,600 for a funeral pales into insignificance against the problems of long-term stability – the bills and mortgage still have to be paid. Again, in many cases interim payments can be made to help while a serious injury claim is actioned.

Some people have experienced such devastating injuries that their lives have changed beyond their recognition. They may need constant care and attention, for example if a spinal cord injury has led to quadriplegia (being paralysed from shoulders down), or a head injury had led to epilepsy or mental health issues.

What can you claim compensation for?

To help put the problem into context, the most recent figures from the Department of Transport state that there were a total of 192,910 casualties of all severities on UK roads in the year ending September 2014. Sadly 24,360 of these were people who were killed or seriously injured.

Regarding work-related injuries, the Health & Safety Executive reported 1.2 million working people suffered from a work-related illness in 2013-2014. There were 2,535 mesothelioma fatalities due to past asbestos exposures in 2012. In addition, 133 workers were killed at work.

Moreover, a report this month (February 2015) by the Royal College of Emergency Medicine suggests that current hospital Accident & Emergency problems are causing an estimated 1,000 avoidable deaths.

You can check if you are eligible to claim for compensation on the Claim 500 website. This is an experienced claims and personal injury specialist, that makes the process of applying for compensation run as smoothly as possible.