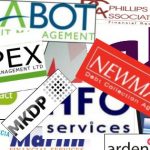 An e-petition has been officially set up via the HM Government site. Anyone that has been a ‘victim’ of Debt Collection Agencies or Debt Buyers is invited to sign the petition. You must complete it with your full personal details, as requested on the form, for your signature to count!

It would also be a help if you shared and tweeted the link to anyone else you consider would want to sign.

The e-petition is calling for the UK Government to change the law that permits Debt Collection Agencies / Buyers to purchase your data, related to personal, unsecured bank and credit card outstanding debts for ‘pennies in the pound’ and then harass you and even in a lot of cases, take you to court or use the Statutory Demand / Bankruptcy process to take homes and possessions.

What actually occurs, is that you and many others may have fallen down, your circumstances may have changed and you find you are unable to make the required payments to clear your debts. The bank or credit card company will pursue you for a while, if you still can’t pay and are unable to make any suitable arrangement to pay, they will ‘set’ the Debt Collectors onto you, this could be in-house or external. This may continue for a few months. On average, after approximately six months your account will be defaulted, but you must be sent a warning first and chance to pay the arrears. When you arrive at defaulted stage, it enables the whole balance to be payable. So, if the original creditor and their collections agents have still not been lucky in getting payment from you, they can and often do, sell to a Debt Buyer and very cheaply at that.

There is normally a clause in your credit agreement or accompanying terms, the small print, that states the creditor may assign your account information ie sell it (look up CCA law). The bank or credit card company will then ‘write off’ your debt on their files. They will then claim on Tax Relief and / or insurance, for their losses. Now it is important to note that assigning your account fails to eradicate the outstanding balance. So, most rudely, these Debt Collection Agencies / Buyers have paid out very small amounts and are now trying to claim that you owe them the whole amount and sometimes they add charges!

(That is one to question, but we’re not delving too far here, we are talking about the e-petition, so be sure to check the rest of site to help you with the specific debt issues)!

Debts Purchased for Pence in the £

What on earth makes them think that after the bank or credit card company has ‘written you off’ that they can claim the whole sum, when they have only paid ‘pennies in the pound’, if that?

Aside from the permission you apparently gave by signing the original agreement with your bank or credit card company (check it is on there), there is the Law Of Property Act 1925. This is the law we need changing or rather ridding! The Law Of Property Act 1925 gives this little loophole for which the various parties think they can utilise to take advantage of the poor and vulnerable debtors.

It allows them to agree amongst themselves to undertake such a sale and somehow leave you out of the equation….oh, but wait, they expect you to pay your new ‘debt owner’, new ‘creditor’, lender, assignee, in full, never mind the fact the original creditor struck you off their books, never mind they claimed on Tax Relief or Insurance, which in any other sense would mean either you no longer owe or the amount would be immensely discounted. NO!! It seems that the bank or credit card company can write off large sums, sell cheap to debt buyers and none of them does the maths!

Worse than that! The company that now owns your ‘alleged debt’, more often than not, becomes a real pain, constant letters, phone calls, texts, emails, threatening to come round, they can and do send doorstep collectors. They are extremely ‘bullying’, they harass! They want to make say 900% profit or more (where successful ie if they pay up to 10% then win the whole amount, they make the nine times what they paid out back, purely an illustration).

They can and do use the Court Service and often succeed. Some of the nasties will ‘serve’ you a Statutory Demand and go down the Bankruptcy route! Now just think to yourself here….the minimum threshold that someone can go for Bankruptcy is £750, so any debt over that threshold, you could lose your home and possessions! The horrid part of this, is that the debt purchaser has likely paid a pittance for this data related to your debt, let’s just say they paid £75 for a £750 debt (example only), they can then stand in court and state you owe them £750 and can make you Bankrupt, the courts are the ones to decide of course, but be aware, they don’t seem to bother about how much the company paid, they don’t seem to deduct what the bank has claimed Tax Relief / Insurance for and they will likely say it is irrelevant. In fact it is rare that you are granted sight of the actual Deed Of Assignment, because they buy in bulk and a lot of debts are bunched together on sheets, a list and they think they can keep it secret.

Now I understand a court has the right to demand to see the Deed, but as the Court system is and as the law permits, it is like a new implied agreement, you haven’t been asked, you haven’t signed a new one, you have no choice but to deal with these ‘bullies’ that are demanding you pay them their lovely big profit! The Courts uphold many cases. Whichever way, whether it is the dreaded involuntary Bankruptcy or a not so pleasant CCJ, which can become more complicated if not paid, further down the line, how does the law permit a bank to make losses yet a company set up to profit only (they didn’t lend to you, they didn’t provide any service to you) and at such large profits too when they win?

We need to stop this don’t we? So you are urged to sign the e-petition! It needs 100,000 complete, true signatures and if that target is met, then it MAY be heard in The House Of Commons. I say may because they are able to decline, if there are good reasons, at the time, for which they might be unable to ‘hear’ it. So, I shall say many thanks if you do sign and to know that we have at least tried to get this heard, in order to prevent lots more people from being ‘bullied’ into paying heavily profiting Debt Collector / Buyers. http://epetitions.direct.gov.uk/petitions/60324