↓
Home→Scam→Not All Bankers are Bad – A Whistleblower’s Story 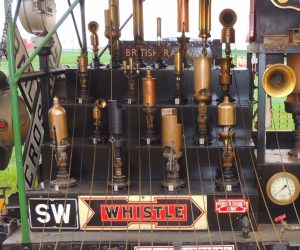 I remember one March day in 2009, I was sat in my little office in the Holywell branch of Santander. I had recently been recruited by the bank as a branch Financial Adviser.

At the time we had three products in our portfolio that we could sell and believe me the pressure was on to sell at least one of those products to every customer who walked through the office door.

One day, an elderly gentleman was referred to me from the counter staff as he had a lot of money in cash savings with the bank. Interest rates were very low and he wanted somewhere safe to put his money so it got a better rate of return.

This gentleman was a widow; he was also a retired teacher. He had obviously saved all his life and wanted a safe home for his savings.

This gentleman was not eligible for life cover due to his age and an OEIC was not suitable, as he wanted no investment risk, so that meant I was selling him a structured product.

On the surface of it the structured product would seem like a safe home for his money. The Guaranteed Capital Plus plan, promised to return the capital after 5 years, as long as you left your money invested. It also promised a 30% + (I cannot recall the exact figure) return if the FTSE 100 index had increased by one point or more. If it went down then you got a small return (6% I think but I could be wrong).

One thing the gentleman asked me and wanted a lot of reassurance about was what would happen if the bank went bust, it was 2009 and this was an important issue for many people.

I spent ages reassuring him that the money was perfectly safe. The capital was guaranteed and the investment was covered by the Financial Services Compensation Scheme (FSCS) so he would be covered even if the bank went pop! This gentleman broke down in tears as he had never invested before and he was nervous about losses but I reassured him this was a good investment for him.

If only I knew then what I discovered a few months down the line. You see in August/September 2009 I discovered that the structured investment the bank sold wasn’t entirely covered by the FSCS, even though when I questioned this with the banks senior management I was told to carry on selling it as if it was!!

As they say the rest is history, I whistleblowed them to the regulator and my time as an employee of Santander came to an end.

In 2012 Santander where fined £1.5 million by the regulator for mis leading its customers on the FSCS coverage of its structured products.

As for me, I returned to university and completed a degree. I set up my own business, which doesn’t make anywhere near what I used to earn and my income is currently supplemented by tax credits, but I would much rather have it this way than be mis-leading customers in a bank branch purely for profit.

As for the elderly gentleman, I know he didn’t lose his money because the bank didn’t go bust. However I wish I could contact him today and apologise and even offer to help him make a claim of mis-selling against the bank and me. I feel incredibly guilty for selling in the way I did during that period, not only to that customer and but all the others too, but I genuinely believed that the product was covered by the FSCS and as soon as I found out I refused to sell them.

You see not all bankers are bad. Some of us will risk everything to make sure we treat customers fairly even if it goes against the grain.