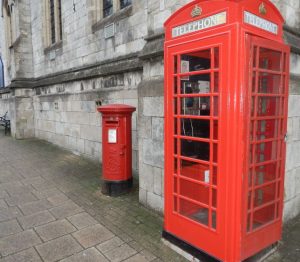 I have in previous posts here and in other places complained about receiving lots of cold calls in a day! Now it would seem that justice has been done.

A cold call company has been forced by the courts to pay compensation.

Hooray for Richard Herman, he got so sick of the cold calls he decided to strike back against one of these companies. He started invoicing the company £10 per minute for answering the cold call. I believe that the company involved was trying offer him the chance of claiming back mis-sold Payment Protection Insurance.

Fortunately Richard Herman recorded all the calls that he received (the company denied ever calling him), which was then used as evidence in the court.

“In the victory for the little man, marketing company AAC, which sells referrals to clams management companies agreed to pay the full £195 for 19 and a half minutes of calls, plus a £25 court fee.” According to the Daily Mail.

Sadly in my eyes the company should have receive a massive fine! If you do a search of the internet, you will find lots of sites where people are complaining about cold callers. I am ex directory and for a very good reason, I do not want these sort of calls! However, even if you are ex directory you will still be bombarded with calls.

For years I never received any calls, then when I set up a new bank account I noticed that the calls were starting to come through. So does that mean that my bank was selling the information onto other companies?

A little while ago my car was in an accident, it was hit by another car whilst parked. During the process of making a claim for the damage, I was bombarded with text messages telling me “because of my accident I may be entitled to compensation.” So who passed on this information, my insurer, their insurer or the law companies employed to process the claim?

What really gets me about all this is that there are official bodies out there such as OFCOM who I thought were supposed to help put a stop to this sort of thing. There is also the Information Commissioners Office, (Data Protection Act 1998) my understanding was that they set out guidelines about handling personal information. So how is it that personal information can be passed on so freely?

So why did Richard Herman have to do this himself? Perhaps it is because the companies that are there to protect us, just can’t be bothered…………. or is it something else?

Here are some sample calls if you are one of the lucky ones who has never heard them.