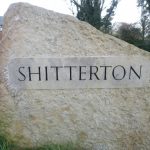 Please Help I am Being Evicted……

Late on Friday afternoon I had a call from GC who said he was due to be evicted. I told him not to worry as I felt sure that we had a little time to play with. He then told me that he was being evicted at 10:30 on Monday morning! OK so even less time than I thought that we had to play with.

Can We Stop the Eviction?

The first thing I told GC to do was to download the N244 from my site. Application Notice (Form N244). I then told GC to get to his local court right away and submit the form to them. Fortunately GC’s local court was only about 10 minutes away from his home.

Once he arrived at the court there was still time to discuss how to fill out the form and what information to put on it.

When completing the form we gave an account of how the problem occurred and also what GC proposed to do to solve it. I also told GC to put onto the N244 that part of the solution would be that he was currently entering into a Debt Management Plan (DMP). I contacted a Debt Management Company (DMC) that I have dealt with in the past and asked them if they would take him on as a client. They agreed to see what they could do to help. After GC had a brief conversation with the DMC they agreed that they would be able to assist him. In return they eMailed GC a letter stating that he would be entering into a DMP in order to help alleviate the eviction problem.

GC handed over the completed N244 plus the court fees to a clerk at the court. They then informed him that he would have an emergency hearing at 10:00 on Monday.

I also suggested that GC contact the Court Bailiffs and inform them that he has submitted an Application Notice (Form N244) and he was having a hearing on Monday morning. Well it really would be bad if the eviction took place whilst GC was in court.

So I guess GC had a rather worrying and sleepless weekend.

Late yesterday afternoon I got a call from GC telling me that the Eviction had been stopped, providing that the information provided on the N244 was put into action to cure the problem.

OK this is a good result, but it nearly turned out to be a total disaster because we nearly ran out of time!

If you do receive an Eviction Notice – Act IMMEDIATELY!

Don’t end up like the picture – in Shitterton – you know what I mean.